Everything About Fiction You Never Wanted to Know.
Jump to navigation Jump to search
/wiki/Namco Bandaicreator 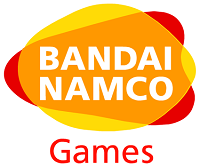 In early 2005, Namco Ltd and Bandai Co Ltd announced plans to combine their operations. The merger took effect in September of that same year and both companies became under the umbrella of the newly created Namco Bandai Holdings.

On March 31, 2006, the game division of Bandai was merged to Namco and renamed Namco Bandai Games. During the same time, the amusement venue business of Namco was transferred into a new NBHD subsidiary that took on the Namco Ltd name and logo.

Namco Bandai has purchased a 34% stake in Atari Europe on May 14, 2009, paving the way for its acquisition from Infogrames.

Retrieved from "https://allthetropes.org/w/index.php?title=Namco_Bandai&oldid=1589463"
Categories:
Cookies help us deliver our services. By using our services, you agree to our use of cookies.