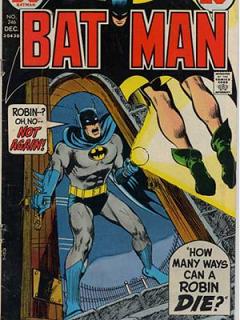 "Goddammit! Oh well, time to get a new Robin."

Yes, even the seemingly foolproof combination of panels, speech balloons, thought captions, illustrations, and violence is not immune to Narm.

Just ask Jack Chick. So few panels, yet so much Narm.

Retrieved from "https://allthetropes.org/w/index.php?title=Narm/Comic_Books&oldid=1698751"
Categories:
Cookies help us deliver our services. By using our services, you agree to our use of cookies.