Everything About Fiction You Never Wanted to Know.
Jump to navigation Jump to search
/wiki/Nascreator 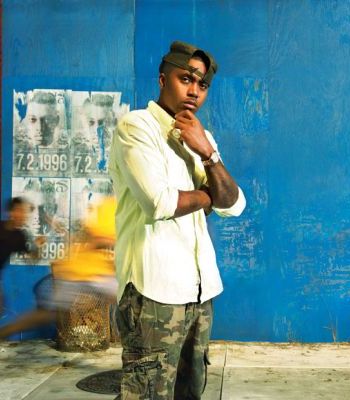 He never sleeps, 'cause sleep is the cousin of death.

"Name a rapper that I ain't influenced."

After his childhood in the Queensbridge housing projects, Nas entered the rap scene with his debut Illmatic in 1994. Critically acclaimed due to its educated lyrics, flawless delivery, and innovative beats, the album was an instant classic and thrust him into the critical spotlight. He was also part of the hip-hop group The Firm. His albums since then have mostly been big hits with the critics and the public, although many still point to Illmatic as his best.

Aside from his rapping, Nas is best known for his feud with his rival Jay Z, both of them inserting jabs at each other in their songs, most notably Nas' "Ether" on Stillmatic and Jay-Z's "Takeover" on The Blueprint. However, they formally ended their rivalry around October 2005, even performing together at concerts sponsored by hip-hop radio stations based in New York.