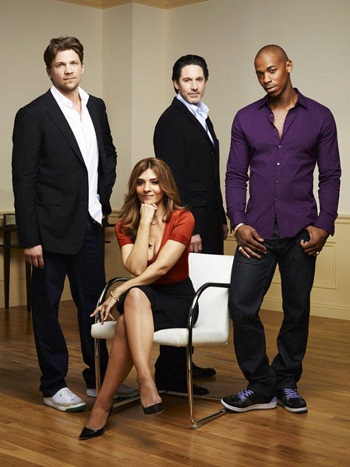 The series centers on Dr. Danielle "Dani" Santino, a tough Long Island divorcee who, in order to make ends meet, gets a job as a therapist for a professional football team. Her career begins to take off when athletes, musicians, politicians and other celebrities start to request her tough love therapy. She must learn to balance her new career with being a single mother.

Not to be confused with the movie Necessary Roughness, which, while also football-based, is completely different.