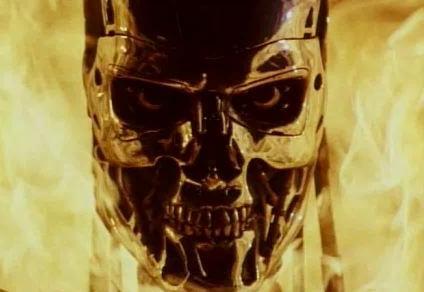 From the director's nightmares to yours!

This is the stuff so horrifying that it can give people the creeps for years. This scares the pants off of just about anyone to the author/creator's delight. This makes you shrink in the back of your chair, look over your shoulder, and remind yourself that what's going on is (usually) only fictional.

This was also known as High Octane Nightmare Fuel.

For many Horror films, achieving this effect is the whole point (and many in-universe examples arise because Kids Shouldn't Watch Horror Films). For some reason, many of us like to be scared on purpose. There may be a euphoria generated by surviving something that seems scary, or maybe we know that fiction can't hurt us and the idea of choosing to be scared without the danger is fun. Some think it's cathartic or therapeutic in some way to explore our fears from a position of relative safety. In any case, this is normal for the genre. Others are fascinated by the very things that most people avoid. Occasionally, it overlaps with Squick.

Similarly, some Public Service Announcements choose to employ terrifying imagery in order to keep people away from doing dangerous things. These can be sources of Fridge Horror as well, as those from different cultures or eras past can demonstrate some intensely creepy Family Unfriendly Aesops.

Experiences may vary from person to person. Some people, for example, may find the invasion of monstrosities which are treated as benign to be a far more terrifying prospect than things which we need to explicitly fear. Think the difference between the monster who lives under your bed when you're grown up versus the monster who lives under your bed and fist-bumps your parents when you were a young child.

This is an Audience Reaction, so leave it on YMMV and Nightmare Fuel tabs and don't get too worked up about what specifically goes into it - what's Nightmare Retardant for one person may well be Nightmare Fuel for another.

Tropes used to invoke this feeling are Horror Tropes. Tropes about fear are Fear Tropes. If it is meant to scare but fails to deliver, and becomes hilarious instead, it devolves into Nightmare Retardant. Characters that are this In-Universe are The Dreaded. Personal examples are Troper Tales and do not belong here.

No real life examples, please; there may be real life things that induce fear, but there's just too many to document as the degree of fear varies from person to person. And, as phobias show, everything is Nightmare Fuel to somebody.

The following 19 files are in this category, out of 19 total.

Retrieved from "https://allthetropes.org/w/index.php?title=Category:Nightmare_Fuel&oldid=1824666"
Categories:
Cookies help us deliver our services. By using our services, you agree to our use of cookies.