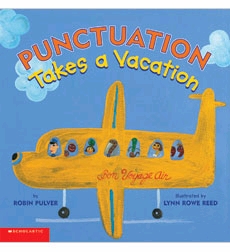 and then I asked him with my eyes to ask again yes and then he asked me would I yes to say yes my mountain flower and first I put my arms around him yes and drew him down to me so he could feel my breasts all perfume yes and his heart was going like mad and yes I said yes I will Yes.
—James Joyce, Ulysses[1]

Alas, you've just stumbled into a relic of the No Punctuation Period, a horrible time in which people apparently forgot how sentences were built. Taken to extremes it can result in a visual Wall of Text, thus adding to its unreadability. Sadly, this happens outside of Fan Fics too, as many Tropers could tell you. There are a few havens of good style, some brave netizens Tropers among them, who have taken up arms to fight back the scourge of illiteracy.

Often goes hand in hand with All Lowercase Letters. Has absolutely nothing to do with No Periods, Period or Zero Punctuation. Let us mention neither here. Related to Wanton Cruelty to the Common Comma.

Sometimes, though, No Punctuation Is Funnier.

Examples of No Punctuation Period include: