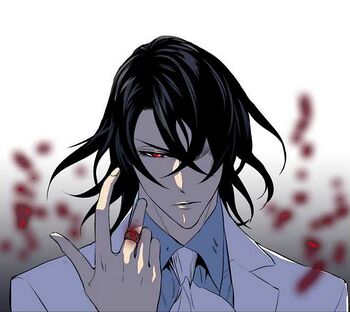 Noblesse is a Korean webcomic about a 'noble', named after its powerful race, the Nobles, waking up from a 820 year slumber. After he wakes up, he accidentally enrolls in a highschool and Hilarity Ensues.

...Until his wake signals the conspiracy and the secret organization that holds secret to why he ended up like this. Then action ensues.

The scanlations of this webcomic is usually updated weekly and can be read here. For those who want to see the original Korean version, go here.

Tropes used in Noblesse include:
Retrieved from "https://allthetropes.org/w/index.php?title=Noblesse&oldid=1918758"
Categories:
Cookies help us deliver our services. By using our services, you agree to our use of cookies.