Everything About Fiction You Never Wanted to Know.
Jump to navigation Jump to search
/wiki/Noel Fieldingcreator 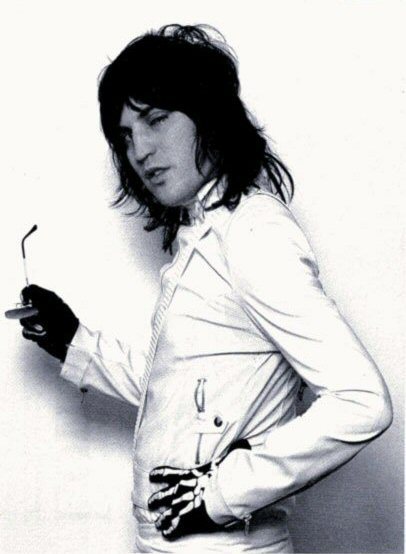 He's the star of the The Mighty Boosh, in which he plays the gender bending, ambiguously bisexual, beautiful idiot Vince Noir (though in reality, Fielding himself is highly intelligent and almost straight.) He also stars in The IT Crowd as over-the-top goth sysadmin Richmond Felicity Avenal. Additionally, he was a One-Scene Wonder in the British indie film Bunny and the Bull, and he's currently a team captain on Never Mind the Buzzcocks. For the past couple of years, he's been a panel member on The Big Fat Quiz of the Year, pairing up with Russell Brand (as "The Goth Detectives") and Richard Ayoade, and doodling all over the answer sheets. He now has his own sketch show, Noel Fielding's Luxury Comedy.

His best friend is Julian Barratt, and this pairing is what led to the Boosh in the first place. His first major project was a short film called Pete Sweet, although it was The Mighty Boosh that thrust him into the spotlight. He is the subject of many obsessive fans, mostly in the indie crowd. He's also incredibly attractive, and dresses to accentuate it.

Notable not only for his many achievements in comedy and music, but also the intense Ho Yay overtones of his relationship with everyone.

Retrieved from "https://allthetropes.org/w/index.php?title=Noel_Fielding&oldid=1658740"
Categories:
Cookies help us deliver our services. By using our services, you agree to our use of cookies.