Everything About Fiction You Never Wanted to Know.
(Redirected from Oh Yeah Cartoons)
Jump to navigation Jump to search 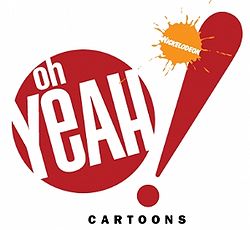 What What a Cartoon Show was to Cartoon Network, Oh Yeah! Cartoons was to Nickelodeon. It was a showcase of cartoons from multiple fresh and up and coming animators at the time. Several of these animators got their big break here thanks to Fred Seibert, founder of Frederator Studios and creator and producer of Oh Yeah Cartoons, What A Cartoon, and the briefly produced Random Cartoons on Nicktoons Network. Of the shorts that appeared on the show only three were made into series by Nickelodeon; Butch Hartman, with his The Fairly OddParents, Rob Renzetti with My Life as a Teenage Robot, and Bill Burnett and Larry Huber, with ChalkZone.

A few other noteworthy animators who came out of this and were picked up by Nickelodeon and other companies fairly quickly after Oh Yeah! Include Seth MacFarlane of Family Guy, and Dave Wasson of Time Squad and Carlos Ramos of The Xs. Also worthy of mention are Mike Bell, Alex Kirwan, Tim Biskup, Pat Ventura, Steve Marmel, Zac Moncrief, and Vincent Waller; These men are just some of the incredible talent in the animation industry that helped in the creation, writing, and directing of several highly creative, and influential animated series in the recent years since 1998.