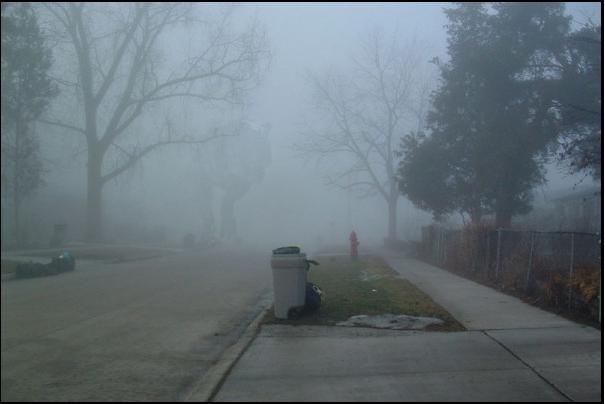 Relax, we can easily get through this fo--OH GOD WHAT It's a T-Rex! Prepare the Renzokuken!

Fog can be just part of the ominous general mood or inseparably tied to a dangerous and creepy supernatural phenomenon. This is only about the ominous mood it creates:

If the environment is empathic, it should be possible to read your general situation from the weather. Now, everyone with even a whiff of genre-savviness knows, that dense fog is about as bad a sign as a howling tornado on the horizon. Is sometimes accompanied by a blood red sky.

Examples of Ominous Fog include: