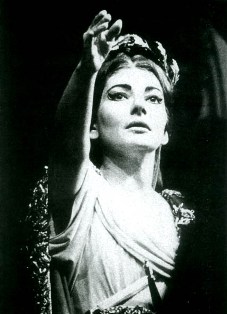 Opera has been around since the end of the 16th century and still going strong(ish—hardly anything composed in the last half-century has entered the standard repertoire). Most basically, opera is musical theater—just (generally) within the classical idiom; dialogue is usually sung rather than spoken. Major opera composers include Mozart, Handel, Verdi, Wagner, Puccini and Richard Strauss, though there are, of course, many more.

The opera genre is as varied as any other. Some operas have incredibly well-crafted lyrics and story lines that are true works of art, while others are not quite as brilliant. Many operas are comedies, and even the serious ones tend to have at least some humorous parts.

That said, the opera genre is known for featuring many a work with extremely drawn-out texts focusing on a single (often trivial) theme. As a result, opera texts (libretti) are often mocked, and in many cases it's mainly the quality of the music that makes an opera work, along with the same thing you need for any theatrical production: committed performers bringing the art form to life on stage. Movies have car chases, rock songs have guitar solos, and operas have death-arias (the soprano frequently dies). In fact, both Anna Russell and B.J. Ward (in her one-woman show, Stand-Up Opera) have made entire comedy routines of poking fun at opera tropes.

Several modern films and other works have been created as operas (that is, entirely consisting of sung dialogue). The most famous "serious" opera film is probably The Umbrellas of Cherbourg, starring Catherine Deneuve. A very modern example is Repo! The Genetic Opera, which transplants the style into industrial sci-fi horror. The term Rock Opera is thrown around at times for a sub-genre of the themed Concept Album, but most "rock operas" are not produced for the stage (with an exception or two). The nearest thing to a modern successor to opera is Broadway-style Musical Theater. Indeed, musicals can trace their origins to opera through the operatic subgenre of operetta or light opera, which, as its name implies, is light in terms of subject matter (i.e. it's funny) and music, and often feature a good deal more plain dialogue than ordinary operas. The works of Gilbert and Sullivan are generally considered transitional, as while they considered their works to be comic operas, they would probably be called musicals if produced today.

Used in movies and TV shows to add a touch of class. Or just something artsy. Or for the cast to get bored and fall asleep, which is something that can't be done (too loud).

Not to be confused with Oprah. Nor with the Web browser. Definitely not a defunct Canadian radio program.

Famous operas, sorted by composer, include:
Tropes typical of opera include:
Examples appearing in fiction include:

Retrieved from "https://allthetropes.org/w/index.php?title=Opera&oldid=1897254"
Categories:
Cookies help us deliver our services. By using our services, you agree to our use of cookies.