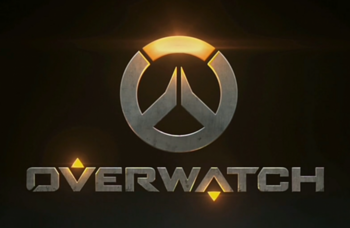 Overwatch is a multiplayer First Person Shooter developed and published by Blizzard Entertainment. Unveiled at BlizzCon 2014, the game emphasizes cooperative gameplay using a cast of various "heroes," each with their own abilities and roles within a team. The game entered closed beta in North America and Europe in October 2015, with plans to bring the beta to Asia at a later date. The final closed beta weekend began in April 2016 and primarily served as a stress test for Overwatch's servers, lasting 36 hours. The game was released for Windows, PlayStation 4 and Xbox One worldwide in May 2016. Though a Blizzard Battle.Net account is required to answer the call and join Overwatch. The video game also became recognized as an eSport and Blizzard helps to fund and produce the professional league players as part of the Overwatch League.

Quick Play is were the player can play their chosen Hero without losing SR and whatever ranking points. It's mainly for practice. This mode has 12 groups together until the server restarts or too many leave.

Competitive Play is the advance form of playing Overwatch, this also is were Blizzard finds potential recruits for the Overwatch League. The players will remain in the same team for the full attack/defense rotations, also they can't leave for another game before that round ends.

For players to unlock this mode they have to reach level 25.

The Play Vs AI is were the player can practice, sharpen their skills, and prepare with the AI bots on how to play, like the payload/escort, capture the point, hybrid, and others modes.

The Tutorial has Tracer, Winston, Soldier:76, and Athena, the Overwatch friendly AI, introducing new players and shows them the bare bone mechanics, like how to walk, run, and jump before sending them out. It connects to the...

The Practice Range is were the player can do some self-practicing with the bots to get accustom with certain Hero(es)' weapons, abilities, and cooldowns. The player can come to this range at any time when they're not doing matches and there's no objectives.

The Custom game modes are were gamers can invite their pals for a private match with it's own rule set. In February 27, 2017, the Custom Game was replaced with by the Game Browser, the latter was added to the Arcade mode.

The Game Browser has two modes: Find Game and Create Game, here the player can make custom games or make their own game in the "Create Game". The GB succeed Custom Game mode.

These brawls only appear during special occasions or seasonal events, like Overwatch's anniversary, archive events, and Halloween. They give out special achievements to the players.

Tropes used in Overwatch include:

For manageability, Overwatch has separate pages for tropes in these categories, other than the ones from the top pages:

Retrieved from "https://allthetropes.org/w/index.php?title=Overwatch&oldid=1754137"
Categories:
Cookies help us deliver our services. By using our services, you agree to our use of cookies.