Everything About Fiction You Never Wanted to Know.
(Redirected from Paramount)
Jump to navigation Jump to search
/wiki/Paramount Pictures Corporationcreator 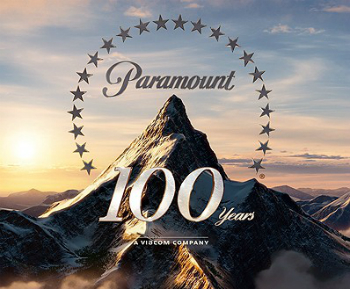 A century of amazing the world through film...and seeing stars above a mountain.

Paramount Pictures Corporation -- often just called "Paramount" -- is an American film production and distribution company. Founded in 1912 and currently owned by media conglomerate Viacom, it is the oldest existing American film studio (though the predecessor of Universal, the Independent Moving Pictures Company, predates it); Paramount is also the last major film studio still based in the Hollywood district of Los Angeles (again, Universal is in Universal City, which if incorporated into Los Angeles would become North Hollywood). Paramount has been consistently ranked as one of the top-grossing movie studios, most recently making a comeback as one of the backbones of Hollywood. Its Vanity Plate is a the Mountain.

Formerly the distributor of DreamWorks releases, it still handles the films of Dreamworks Animation, though this deal has broken.[context?]

Notable Films Produced
Retrieved from "https://allthetropes.org/w/index.php?title=Paramount_Pictures_Corporation&oldid=1893234"
Categories:
Cookies help us deliver our services. By using our services, you agree to our use of cookies.