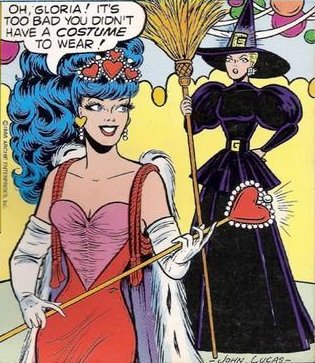 Fighting doesn't have to involve shouting or anything physical. For some characters, sharp well placed words are all they need to duel. They can sound very reasonable, even gentle. It's still a knock-out, winner-take-all confrontation, just that the people involved are trying to remain composed and amicable.

Once in a while these can break into something more severe if a character's Berserk Button is hit or someone has hit a Rage Breaking Point. A Cat Fight might even ensue.

This is also Truth in Television, as it's practically a necessity in politics and diplomacy, and just a common trait of a Jewish Mother. Someone with Silk Hiding Steel is likely to engage in this when needed.

Common weapons in this include Politeness Judo, Chewbacca Defense, and Damned By Faint Praise.

Contrast Hair-Trigger Temper (who couldn't do this trope if he/she tried).

Examples of Passive-Aggressive Kombat include:

Retrieved from "https://allthetropes.org/w/index.php?title=Passive-Aggressive_Kombat&oldid=1616571"
Categories:
Cookies help us deliver our services. By using our services, you agree to our use of cookies.