Everything About Fiction You Never Wanted to Know.
Jump to navigation Jump to search
/wiki/Paul Thomas Andersoncreator 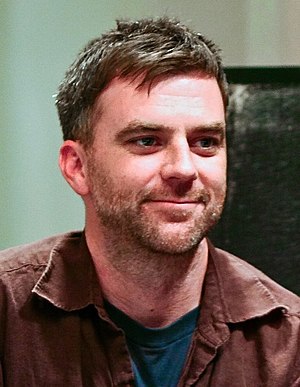 Paul Thomas Anderson (more commonly known as P.T. Anderson), is an American filmmaker. His written and directed credits Boogie Nights, Magnolia, Punch-Drunk Love and There Will Be Blood.

Anderson has been said to belong to the "VCR Generation" of filmmakers, grouped with directors such as Quentin Tarantino, Richard Linklater and Kevin Smith, and described as filmmakers whose careers were founded not upon film school training, but from an enthusiastic love of movies.

If Stanley Kubrick, Robert Altman and Martin Scorsese had made sweet, passionate love, P.T. Anderson would have been the fruit of their priapic loins.

Awful mental pictures aside, his real father was Ernie Anderson.

Not to be confused with Paul W. S. Anderson, although both have gone by merely Paul Anderson before.

Filmography:
Paul Thomas Anderson provides examples of the following tropes:
Retrieved from "https://allthetropes.org/w/index.php?title=Paul_Thomas_Anderson&oldid=1552248"
Categories:
Cookies help us deliver our services. By using our services, you agree to our use of cookies.