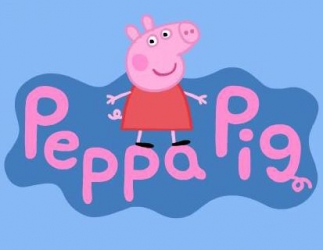 Peppa Pig is a British animated television series created, directed and produced by Astley Baker Davies and distributed by eOne Entertainment. Debuted in 2004 and still ongoing.

The series centers on Peppa and her family and friends. The pig family consists of:

Other characters are other anthropomorphic animals whose names always start with the first letter of the name of the animal they represent.

Tropes used in Peppa Pig include:

Peppa and Rebecca: Michael Rabbit?!? No!