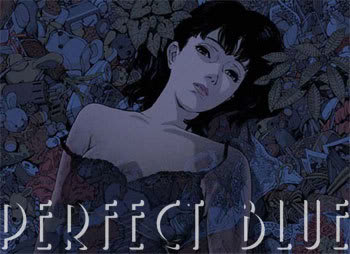 Mima is an Idol Singer who decides it's time to branch out into a more serious career as an actress, eventually landing a role in a sexually charged murder mystery series.

Soon afterward, she discovers an internet blog that claims to be a diary of her life written by Mima herself, yet she has no memory of writing it. But the details in it are far too accurate for it to be a hoax.

Is it a Stalker with a Crush? Does Mima have a Split Personality? Or is it something far, far worse?

The film debut of director Satoshi Kon, who would go on to produce other work investigating the boundary between the real and the imaginary such as Paprika, Paranoia Agent and Millennium Actress.

Tropes used in Perfect Blue include:
Retrieved from "https://allthetropes.org/w/index.php?title=Perfect_Blue&oldid=1746976"
Categories: