Everything About Fiction You Never Wanted to Know.
< Pinky and The Brain
Jump to navigation Jump to search

Characters from Pinky and The Brain include: 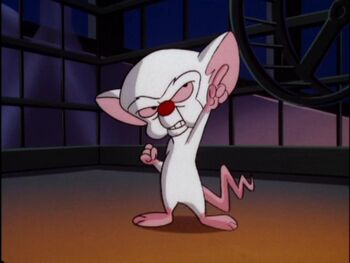 A genetically altered lab mouse with a large head who plans to - you guessed it - Take Over the World (OF COURSE!). Voiced by Maurice LaMarche.

Tropes associated with The Brain: 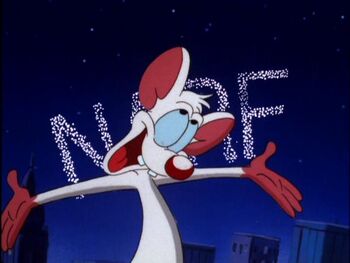 "I think so, Brain, but then I would have to know what pondering is, wouldn't I?" 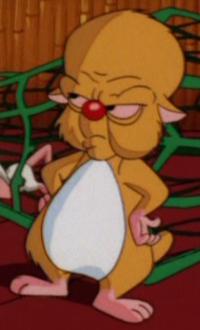 A hamster who was put through the same gene splicer as the mice and also schemes to Take Over the World, but does not intend on making it a better place like Brain would. As such, he is The Rival to the Brain. Was eventually changed back to an ordinary hamster in his last appearance. Voiced by Roddy MacDowall.

Another genetically altered lab mouse that Brain sometimes romantically pursued, despite her being as ditzy as Pinky. (Does This Remind You of Anything?) Voiced by Tress MacNeille.

A grey and white race mare (female horse) with whom Pinky fell in love in the segment "The Kentucky Derby". The relationship between them obviously Squicks Brain.

A clone of both Brain and Pinky created from their combined DNA. (Does This Remind You of Anything?) 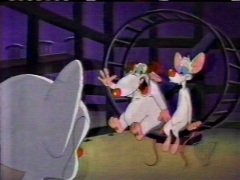 A dopey chubby mouse with frizzy hair that sticks out in the sides like Larry Fine of the Three Stooges, he accompanied the duo during one of their schemes, he did little except constantly introduce himself and provide useless observations, eventually Brain tires of him and tells him to leave, he later joins up with Paul Simon. He was voiced by Billy West.

A black-haired mouse from the black and white Pinky and The Brain episode, "The Third Mouse."

Russian lab mouse and rival to Pinky and the Brain in "To Russia With Lab Mice". 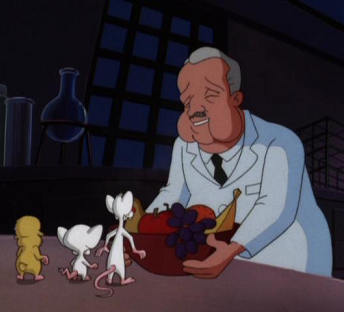 The scientist who built the gene splicer that turned Brain, Pinky, and Snowball into their anthropomorphic forms. Appears only in part 3 of "Brainwashed". 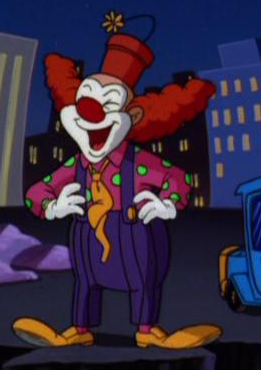 Tropes associated with The Evil Clown: 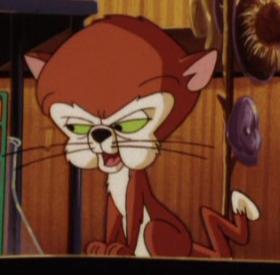 Dr. Mordough's cat who was the Evil Mastermind of the scheme the mice had to foil in "Brainwashed". Like the mice, she too gained brainpower from the gene splicer, but lost her feline beauty and swore vengeance on humanity as a result. Voiced by Nora Dunn.

A humanoid alien who scouts planets to eat the being with the highest intellect's brain, he attempts to steal Brain's after sending him an email promising to help him take over the world, after his defeat he decides to settle for Dick Cavett's. Voiced by Jeff Bennett

Pinky, Elmyra and the Brain Characters

The annoying redhead from Tiny Toon Adventures. She turned up to chase the Warners in one of their segments, but is listed here because of her being shoehorned into Pinky and the Brain. Voiced by Cree Summer. See Tiny Toon Adventures for her tropes. 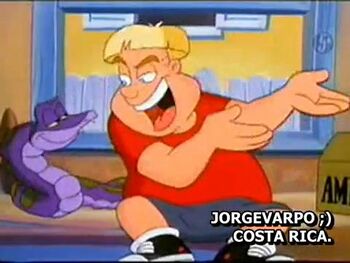 A fat slob who replaced Montana Max as Elmyra's love interest in Pinky, Elmyra and the Brain. Has the hots for Brain's occasional alter-ego, Patty Ann. Voiced by Nancy Cartwright. 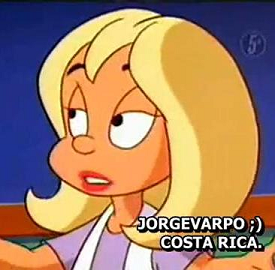 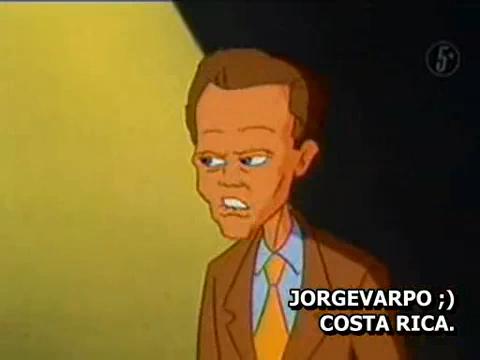 The seldom-seen antagonist of Pinky, Elmyra and the Brain, he is a man pursuing the mice to use in his own world domination schemes. Voiced by Jeff Bennett.

Back to Pinky and The Brain