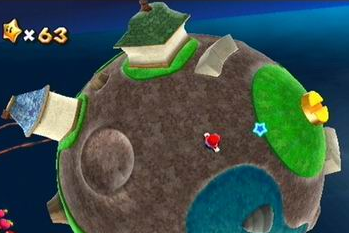 "When you live on a planet the size of a town


You can't get your kicks by getting around"
—Richard Hell and the Voidoids, "The Kid With the Replaceable Head"

Adventure Towns IN SPACE! Most Space Opera stories are lifted from other genres, then transposed into outer space. And the most obvious way to do it is to make everything take place on a planet. Not just any planet, but Planetville, the planet that serves the same function in space that towns and countries do in Earth-based stories.

By extension, if a planet represents a country, an alien race represents an ethnic group, and an empire that spans Earth becomes a multi-planet empire.

Unfortunately, because Sci-Fi Writers Have No Sense of Scale, stories about Planetville make no sense. Nobody seems to realize how BIG a planet is—everything in Planetville takes the same amount of time as stories set in towns or countries. In the updated Wild West story, the outlaws are "exiled from the planet" just like they'd be exiled from Dodgeville, and the outlaws have to leave... instead of challenging the authorities to find them when they have an entire planet in which to hide. When the space Nazis invade, they seem to need the same number of soldiers as the Earth Nazis needed to invade Europe. And when the crew of the Cool Starship finds the cure for the alien plague, the issue of distributing it to an entire planet rarely gets mentioned at all. These considerations are minimized or left out entirely in many stories.

A side effect of this is that the characters never realize that things can happen in parts of planets. You will never see aliens trying to capture a planet's equator, or its polar caps—it's the whole planet or bust.

This trope is sometimes extended further still, with each star system apparently only having a single planet in it... every body in the system aside from Planetville itself is merely decoration if it is considered at all.

Sometimes a result of the Law of Conservation of Detail in universes with dozens or hundreds of planets/star systems.

Not to be confused with planets that are literally covered by a single city—that's an Ecumenopolis, a subtype of the aforementioned Single Biome Planet (and one of the few that is remotely within the realm of possibility).