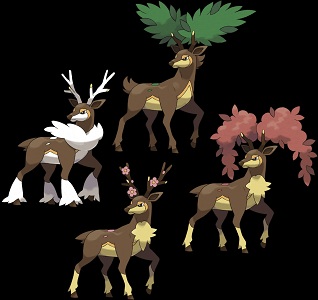 Sometimes, an organism will have both characteristics of a plant (for example, ability to photosynthesize, has leaves, flowers and other plant parts) and characteristics of an animal (The ability to move around at will and it resembles a familiar creature). Scientists don't know how to classify it. We like to call it a Planimal. (Please note that mushrooms are fungi, not plants - mushroom-animal hybrids don't belong here.)

See also Man-Eating Plant for carnivorous plants that may or may not show animal traits and Plant Person, Sister Trope for sentient humanoid cases, and Plant Aliens, the science fiction counterpart.

Examples of Planimal include:

Retrieved from "https://allthetropes.org/w/index.php?title=Planimal&oldid=1823914"
Categories:
Cookies help us deliver our services. By using our services, you agree to our use of cookies.