Prince of Persia: The Sands of Time 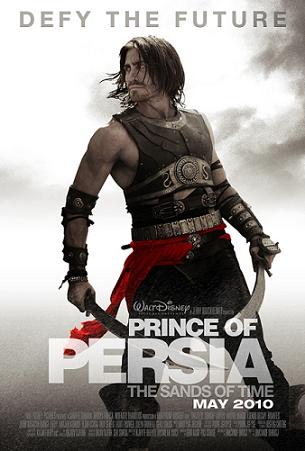 Prince of Persia: The Sands of Time is a film based on the video game series of the same name.

The film features Dastan, an orphan adopted by the king. After playing a decisive role in capturing a holy city for the Persian Empire, Dastan is framed for the murder of his adoptive father. In the company of Tamina, princess of the city, and in possession of a dagger with the power to control time itself, he flees. Not only must he now clear his name and uncover the true nature of a treacherous plot, but also prevent the Dagger from falling into the wrong hands, which would have dire consequences indeed. The Prince must also avoid falling victim to the dreaded killers known as the Hassansins.

Tropes used in Prince of Persia: The Sands of Time include:
Retrieved from "https://allthetropes.org/w/index.php?title=Prince_of_Persia:_The_Sands_of_Time&oldid=1766103"
Categories:
Cookies help us deliver our services. By using our services, you agree to our use of cookies.