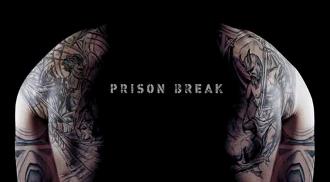 Lincoln Burrows, a petty crook from Chicago, has been tried, convicted and sentenced to death for the murder of the Vice President's brother. The evidence is damning, all appeals have been denied, the government has been railroading proceedings from the outset and Lincoln is left to wait out the last few months of his life in Fox River State Penitentiary, a maximum-security prison. Only one person believes that Lincoln was framed for the crime: his brother, Michael Scofield, a structural engineer, genius and chronic do-gooder. Armed with an incredibly intricate scheme, in-depth intelligence on both the staff and prisoners, cleverly hidden tools and blueprints for the entire prison tattooed on his body, Michael gets himself incarcerated at Fox River in order to break himself and his brother out of prison.

Prison Break is a US TV series that ran for four seasons on the Fox Network between 2005 and 2009, concluding with a direct-to-DVD movie. The first season follows Michael and Lincoln as they assemble an escape team, avoid the suspicions of the prison staff and put Michael's plan into action, while their lawyer friend Veronica tries to uncover the conspiracy that's framing Lincoln. Later seasons involved the characters becoming fugitives and breaking out of other prisons. The first season also introduces the series' Big Bad, a shadowy cabal of business interests called "The Company" who spend four seasons killing a ridiculous amount of people, characters and redshirts alike. Like 24, the show features a serialized story structure and a highly suspenseful plot. The story is quite dark, with many examples of death, torture and rape, and the cast contains some well-rounded characters with complex personalities. However, "Refuge in Audacity" is pretty much the show's motto, and it gained notoriety for throwing in a big Retool every season.

A Video Game adaptation for the first season was made in 2010 called Prison Break: The Conspiracy.

For the trope about breaking out of prisons, see Great Escape.

Tropes used in Prison Break include:

Retrieved from "https://allthetropes.org/w/index.php?title=Prison_Break&oldid=1485986"
Categories:
Cookies help us deliver our services. By using our services, you agree to our use of cookies.