Put on a Bus 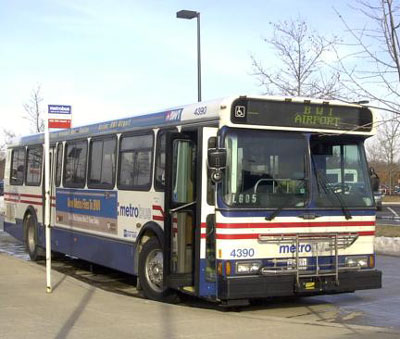 A character is written out of a series in such a way that they can easily be returned later, if the producers so choose. They are Put on a Bus.

A staple of the Prime Time Soap and particularly Soap Opera where casts are large and actor turnover is frequent. Conveniently, when such a character is brought back, it can be with a case of Soap Opera Rapid Aging Syndrome or The Other Darrin.

If the character doesn't return, this becomes a Long Bus Trip; if they return exactly once, it's The Bus Came Back. If they just abruptly vanish from the series and aren't even mentioned again, it's Chuck Cunningham Syndrome. If there's obvious malice involved in the character's departure, then they've been Put on a Bus to Hell. If it's because the actor has died, it's The Character Died with Him. Of course, there's always the chance of a Bus Crash or dying on the bus.

The polar opposite of Dropped a Bridge on Him. Compare with Long Bus Trip, Commuting on a Bus. The bus in question may be a Convenient Coma. See also Absentee Actor and Written-In Absence, for when a character disappears for only an episode or two.

See The Exile and Reassigned to Antarctica for when this is more directly a sentence of banishment.

Examples of Put on a Bus include:

Seth: Hey, man, you came back! People never leave and come back.