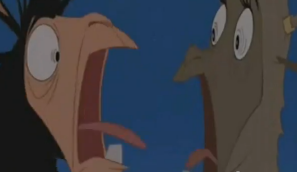 Somebody is startled by another - and screams. The surprise at being screamed at makes the other scream (usually even louder than the originator), which leads to the first person continuing to scream, which makes the other then scream even more. If more than two people are involved it can end up with a room filled with people screaming in surprise with no one really knowing why.

Examples of Reactive Continuous Scream include:

Vegeta: "Healer's down!"
Krillin: "Need a rest!"
Gohan: "Out of mana!"
Vegeta starts screaming and they all follow suit.

Pumbaa: Y'know, first impressions are very important
Timon: Oh, I thought you were a scream.