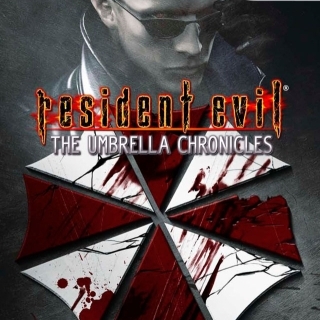 Each 'file' does either of two things. It covers, in a compressed, somewhat modified format, one of the original Resident Evil games. Alternatively, it covers an 'untold story', something that happened during that period of time, but which was not seen during the events of the original game. This makes The Umbrella Chronicles rather hard to place on the Canon issue, though a general rule of thumb could be to consider the files that cover original games to be examples of Adaptation Distillation, with elements that can be considered "canon" if they don't contradict, and the new stories to be Pragmatic Adaptations; the basic details of them are canon, but they probably didn't happen precisely that way (considering The Umbrella Chronicles are a rail shooter and Resident Evil as a whole is Survival Horror).

Train Derailment -- adapts the struggle of Billy Cohen and Rebecca Chambers through the events of Resident Evil Zero. Contains the two-chapter mini-file Beginnings, which reveals Wesker's actions during this time after departing the makeshift lab he and William Birkin have established. Knowing that Birkin is activating the self-destruct for the former Management Training Facility, Wesker hurries to escape in order to rendezvous with S.T.A.R.S Alpha Team to carry out his mission, fighting his way through B.O.Ws, zombies, the T-001 Proto-Tyrant, and finally a face-off with his direct superior in Umbrella, Sergei Vladimir, who is not yet aware of Wesker's treachery, but dispatches his bodyguard, the Ivan model Tyrant, to teach Wesker the consequences of failure. Wesker fights Ivan to a standstill, then vanishes when the first explosions start ripping the facility apart.

Raccoon's Destruction -- covers, in vastly abbreviated form, the events of Resident Evil 3: Nemesis. Has two one-chapter mini-files; Fourth Survivor is an adaptation of the minigame of the same name from Resident Evil 2, while Death's Door covers Ada's escape from Raccoon City's imminent nuclear annihilation after saving Leon and Claire from Mr. X.

Umbrella's End -- set in 2003, a year before Resident Evil 4 and five years after the destruction of Raccoon City, Umbrella's End shows Chris and Jill's assault on the last known remaining Umbrella facility, a disguised oil rig somewhere in Russia's borders, under the command of Sergei Vladimir. Though the seemingly inevitable bio-outbreak has occurred by the time they get there, the two survivors of S.T.A.R.S are prepared and fighting alongside the troops of an anti-B.O.W group, allowing them to penetrate deep into the heart of the facility, kill the infected, and destroy Umbrella's last hope of revitalising themselves as a bio-weapons supplier; Project T-A.L.O.S. Shortly afterwards, Umbrella is finally found guilty of the destruction of Raccoon City, and officially finished. The mini-file Dark Legacy reveals that it was Wesker who tipped off the organisation that Chris and Jill have signed up with, using them as a distraction to penetrate the facility for his own purposes: to steal the collected data of Umbrella and deliver it to the Agency that he works for, as well as to kill Sergei Vladimir. It was he who anonymously supplied the incriminating evidence to the media, for his own purposes.

Tropes used in Resident Evil: The Umbrella Chronicles include:
Retrieved from "https://allthetropes.org/w/index.php?title=Resident_Evil:_The_Umbrella_Chronicles&oldid=1855535"
Categories: