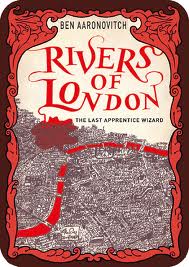 Rivers of London is a series of books which follow the career of Peter Grant, Detective Constable and apprentice wizard, as he tackles supernatural crime in London along with his superior officer, and Master Wizard, Detective Chief Inspector Nightingale. Written by former Doctor Who writer Ben Aaronovitch, ten books have been released as of early-2020:

With its realistic London setting, it's a good example of Urban Fantasy where the Masquerade is maintained by a combination of stealth and public indifference.

There is a website where you can read about the background of the novel, including a Character Blog.

Tropes used in Rivers of London include:
Retrieved from "https://allthetropes.org/w/index.php?title=Rivers_of_London&oldid=1842649"
Categories:
Cookies help us deliver our services. By using our services, you agree to our use of cookies.