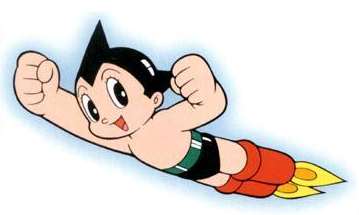 A robot built to look and/or act like a child. A good number of these are boys, but there are many that are girls.

Possibly made as part of a Robo-Family, or to be taken care of as a child of a human family (possibly as a Replacement Goldfish for a lost child of the creator or if the creator can't have biological children). When the kid's mechanic serves as a mentor and emotional caretaker, he's a Fatherly Scientist (Motherly Scientist if it's a woman).

Examples of Robot Kid include:

Retrieved from "https://allthetropes.org/w/index.php?title=Robot_Kid&oldid=1882732"
Categories:
Cookies help us deliver our services. By using our services, you agree to our use of cookies.