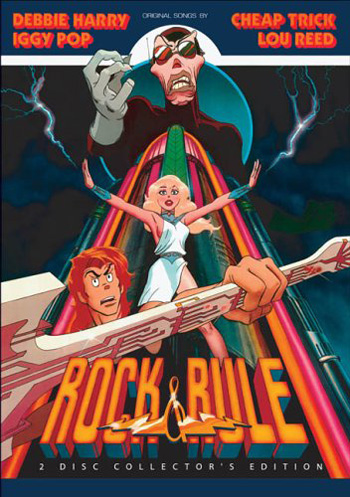 In this gloriously insane animated film from Canada (The first entirely produced within that country), a dark magician aging rock star's wicked plan to summon a grotesque demon are thwarted by Furries who sing early 80's rock music about The Power of Love.

Yes, that is the actual plot.

Tropes used in Rock and Rule include:
Retrieved from "https://allthetropes.org/w/index.php?title=Rock_and_Rule&oldid=1830859"
Categories: