I Am Not Spock

Everything About Fiction You Never Wanted to Know.
(Redirected from Role Association)
Jump to navigation Jump to search 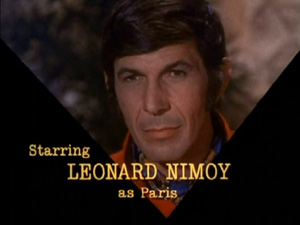 Wait, when did Spock change his name?

One of the most severe forms of Typecasting, in which an actor or actress is not only defined as a certain character archetype, but literally in a specific role.

This is most certainly a double-edged sword, as it often guarantees that the performer will be famous for some time to come, but on the other hand, that role may end up stifling the performer's future acting prospects, as he or she may get rejected for other roles that may be seen as being against type. This can be tough on actors, who as artists may strongly desire moving on. As viewers and historians, it can sometimes be difficult to tell the difference between an actor who lucked out by getting one iconic role, and an actor whose career was hampered by over-association with it.

Seeing this actor elsewhere leads to Hey, It's That Guy!

Outside live action, this may be a Pigeonholed Voice Actor.

Typecasting may have been more common in the early days of television as a holdover from motion pictures. It was common in the 30s and 40s for a movie actor who was not a leading man or lady to make a career out of playing the same type of character.

Named for the 1975 autobiography by... who else? Leonard Nimoy. An autobiography that, incidentally, didn't actually say what everyone thought it said because of the title. Nimoy wrote a second autobiography thirty years later named I Am Spock to clear up misconceptions about his character. Not to be confused with I Am Not Shazam.

See also But I Play One on TV. Compare Adam Westing and Never Live It Down. Contrast I Am Not Leonard Nimoy. And see Contractual Purity for those trapped in kids' show wholesomeness.

Examples of I Am Not Spock include: