Everything About Fiction You Never Wanted to Know.
Jump to navigation Jump to search
/wiki/Seth Rogencreator 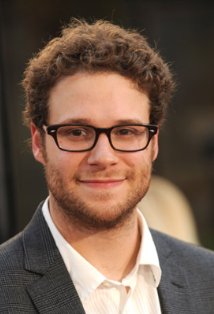 Seth Rogen is a Canadian actor, born April 15, 1982. He often works with Judd Apatow and writing partner Evan Goldberg. Rogen has appeared in over 20 movies over his career. He started out doing stand-up before getting small parts in Freaks and Geeks and Undeclared. His first major role was in The 40-Year-Old Virgin, of which he was also a co-producer. Rogen then went on to star in Knocked Up and Funny People and he also co-wrote with Evan Goldberg the movies Superbad, Pineapple Express, and The Green Hornet. In 2011, he married screenwriter Lauren Miller.

He shares a star on Canada's Walk of Fame with Evan Goldberg.