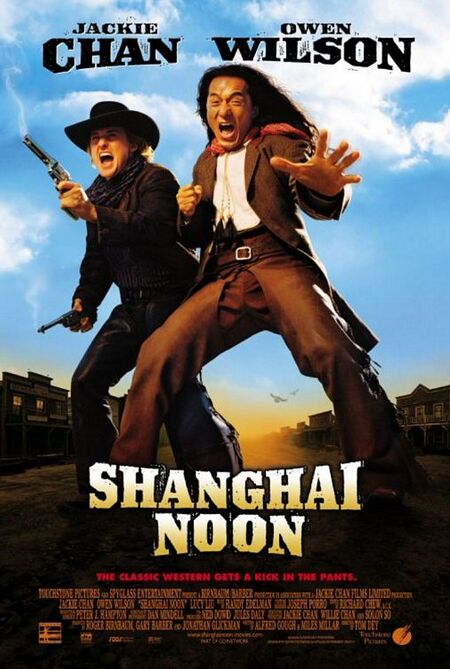 Shanghai Noon is a comedy Western film starring Jackie Chan and Owen Wilson. Chan plays a Chinese guardsman, Chon Wang, who travels to America to rescue a kidnapped Imperial princess, teaming up along the way with disreputable gunslinger Roy O'Bannon (played by Owen), a small time robber with delusions of grandeur. Together, the two forge through one misadventure after another. Directed by Tom Dey, it was written by Alfred Gough and Miles Millar. The movie, set in Nevada and other parts of the west in the 19th century, is a juxtaposition of a western with a Jackie Chan kung fu action movie with extended martial arts sequences. It also has elements of comedy and the "Buddy Cop" film genre, as it involves two men of different personalities and ethnicities (a Chinese imperial guard and a Western outlaw) who team up to stop a crime. 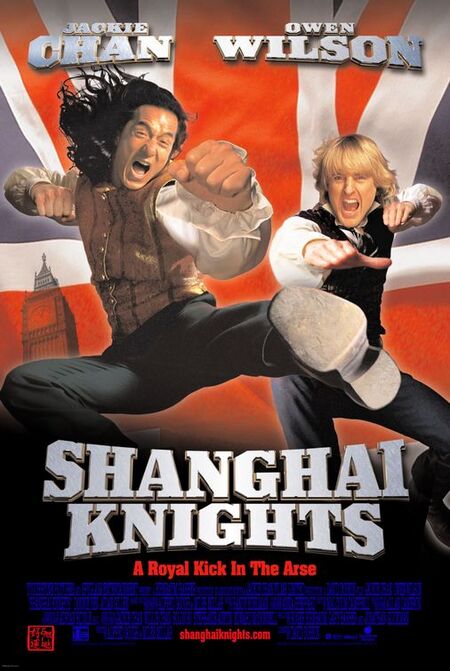 In the sequel directed by David Dobkin, Shanghai Knights, they travel to Victorian London to foil a plot against the Queen. Also starring Singaporean actress Fann Wong as Chon Wang's sister, Chon Lin. In the 1880's, Chon Wang's father and keeper of the Imperial Seal has been murdered by Parliament and royal family member Rathbone, who steals the Imperial Seal, with Chon Wang's sister, Chon Lin, witnessing the murder. Chon Lin follows Rathbone to London to kill him, while sending Chon a letter telling him of the murder. Chon then travels to New York for Roy O'Bannon. Together they travel to England and meet up with Chon Lin to kill Rathbone and get the Imperial Seal back.

Tropes used in Shanghai Noon include:
Retrieved from "https://allthetropes.org/w/index.php?title=Shanghai_Noon&oldid=1854944"
Categories:
Cookies help us deliver our services. By using our services, you agree to our use of cookies.