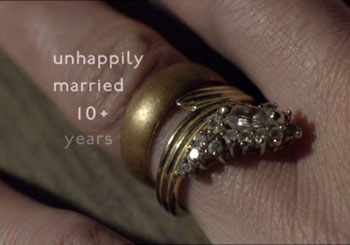 "But Holmes! How could you possibly have figured all that out just from glancing at the lady's hand?" [1]

A device used to introduce a detective character and his skills. The detective mentions some fact about the person he's just met, something that is not immediately obvious and he has no way of knowing ("Quitting cigarettes appears to have been good for you", "How's the wedding planning going?", "You've holiday'd in Italy recently). The other character looks skeptical or surprised, then the detective describes his reasoning from a set of minor clues (state and style of clothes, marks on skin, tan, etc.) and consequent assumptions. May be involved in a Hannibal Lecture, especially if delivered by The Chessmaster or the Magnificent Bastard.

This is often not connected directly to the main plotline, but just to show "This is how the detective's mind works, and yes, the detective is That Good." The obvious subversion is to play this out, then the detective to admit that he'd been told the fact. Or for the other person to insist the detective is utterly wrong.

Note that this is often cited as a demonstration of a detective's deductive ability (reaching a conclusion via a connected, logical chain of observations) when in fact, this is an example of inductive reasoning (reaching a conclusion via a series of generalised observations) and is far less logically sound. (Of course, this is also the sort of evidential reasoning employed during most scientific experiments. The result of such induction is a likely solution, but not necessarily the only solution.)

A common parody of this is to have the detective note these details before drawing attention to the blindingly obvious clue.

Compare the Scarily Competent Tracker, who is like a Sherlock Scan done on footprints, and the Batman Cold Open. See also Hyper Awareness and Awesome By Analysis. When this kind of reasoning makes no sense but still works, it's a Bat Deduction. When the above subversion of performing one of these before noting an obvious hint occurs, it's Clue, Evidence, and a Smoking Gun.

Examples of Sherlock Scan include:

Retrieved from "https://allthetropes.org/w/index.php?title=Sherlock_Scan&oldid=1897324"
Categories:
Cookies help us deliver our services. By using our services, you agree to our use of cookies.