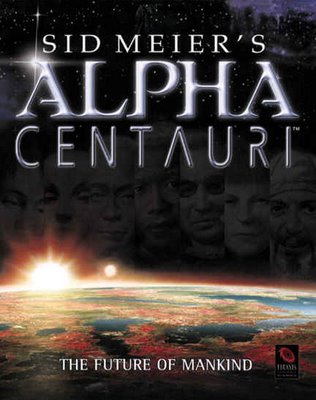 Say goodbye to your free time for the next six months.

In 2060 A.D., the Earth was one hell of an awful place to live, torn apart by war and sunken into disgrace by poverty and ecological damage. In a last attempt to save Humanity from extinction, the United Nations ordered the construction of a massive spaceship, the UNS Unity. The mission: stash as many people as possible within the spaceship, deep freeze them to sleep, get the hell off of the Earth towards Alpha Centauri, the closest star from the Sun, and form a settlement in Chiron, a planet orbiting the star that seems to have most of the necessary conditions to sustain sentient life.

But Finagle's Law says everything that can go wrong will go wrong, and this mission was not the exception. The deep freeze system malfunctioned and the colonists found themselves living on rations meant for colonization in spaces around the ship not meant for living quarters. An explosion on board causes massive damage to the ship's thrusters, creating an escalating crisis among the ship's leaders. As a result, the Unity's captain is murdered, and the crew is now split into 7 different factions, each one commandeering a colony pod and launching for the surface of Chiron (known in the game as "Planet", and yes, that's a proper noun). Each faction has a different ideology and their own plans to achieve prosperity in the new world. These factions include:

A little tweaking would also reveal a secret faction:

Upon their arrival, however, everybody finds, to their horror, that Planet is not nearly the safe haven they had hoped for. The atmosphere is far too light on oxygen and heavy on nitrogen, forcing anybody exiting sealed colonies to wear oxygen masks, and that's the least of their concerns. The local "flora", known as Xenofungus, covers much of the surface and prevents settlement or even easy transport where it occurs. Worse yet, the Xenofungus acts as a home to "mindworms", which randomly boil out of the fungus and attack human settlements by psychically stunning their victims with fear, burrowing inside their brains, and placing their ravenous larvae inside, causing the hapless victims to die a Horrible death, with a capital H. And there is no terrain safe from them since they also come in aquatic and flying variations. Trying to hide far away won't save you either, as the Xenofungus can vomit out spore towers, essentially biological artillery that can attack even submerged colonies. If they try to remove the Xenofungus for any reason, they face massive fungal towers with giant tendrils that can tear apart tanks. And even the rest of Planet's biosphere is dangerous to humanity: where it doesn't immediately attack humans on sight, the differences in biology are enough that they act as poisons if ingested by humans and vice versa.

But the real twist begins when Deirdre Skye discovers that Planet's native life might be friendlier if treated nicely, and starts considering the idea that the entire Xenofungal network might well be a gigantic brain. And it seems like every 100 million years or so, Planet's native life achieves a state of growth large enough to turn the entire Planet into a gigantic sentient being, with a consciousness and a mind of its own, but this causes an explosive outgrowth that ends up killing most of Planet's life, just before Planet's "mind" reaches a "development threshold" that allows for survival, thus having to repeat the same cycle from scratch. And it seems like Humanity's arrival is accelerating the cycle. Will Humanity face final extinction? Can the cycle be broken? What will happen if the cycle is broken?

Created by the masterminds Bryan Reynolds and Sid Meier under the auspices of Firaxis, and released in 1999, Sid Meier's Alpha Centauri (abbreviated as SMAC, the expansion is SMAX) is a turn-based strategy game that, while rather popular, didn't managed to reach the soaring popularity of the Civilization series. However, that doesn't mean the game is worse. Far from that. According to the Wikipedia entry about the game, even though development was rather hindered by Reynolds and Meier's departure from Microprose to found Firaxis, Sid Meier's Alpha Centauri was awarded by the US edition of PC Gamer a score of 98% (the first and one of only three games to have ever done so), and was also granted a long list of Game of the Year prizes. A trilogy of novels based on the game was even written! Admittedly, this doesn't sound too impressive by modern standards, but in 1998, it was basically unheard of.

As the Spiritual Successor of the Civilization series, Alpha Centauri features incredibly complex and profound gameplay, with a myriad of options and variables that can leave an unskilled player dazed with too much information, although a Civilization player can pick up the game and get started right away. Like the Civilization games, in Alpha Centauri you start with a single city, and your job is to create more Colony Pods to expand your colony with new cities, carefully nurture the ones you already have so they can reach a high population and become productive and profitable, research new technologies to unlock new units and options, and if you want to (though it's not necessary), wage war on everyone else. As is common in the series, there are four ways to win the game: Conquest (just Kill'Em All), Economic (gather enough Energy -- the game's Global Currency -- to buy everyone else's bases), Political (get elected as Supreme Leader by the Planetary Council) and Technological (clear the entire Tech Tree and Ascend to a Higher Plane of Existence, or, if you're an alien, summon your ultra-advanced fleet to blow the rest of Planet away). Also familiar: your civilization is pestered by Planet's native life, similar to the barbarian tribes in the Civilization games. About the only real flaw in the game, if flaw it could be called, was that the expansion kept the seven-faction limit (players could either choose their opponents or randomize them), as opposed to expanding it to cover all fourteen.

However, the biggest merit of the game to many came from the way it portrays The Future. The vast majority of it (basically, everything that doesn't involve mental powers, and sometimes even those) is justified by Hard Science, most of the scientific concepts are linked to our nowadays science from 2009 friggin' 1998, and the few ones that aren't have already been explored and predicted by theoretical scientists and writers. Combined with the near total absence of nonsensical Techno Babble and the clever use of quotes from game characters and real literary works, this setting actually manages to suck you inside and take seriously the struggle for Humanity's own future, only to let you go once you look outside your window and see the first gleam of the morning sun shining through.

The game is relatively old, and hard to find in most retail stores nowadays, although British re-packaging firm Mastertronic (Formerly known as "Sold-out software") is selling new copies of the original game with expansion pack for some $11/£4.88, likely in honour of the game's 10th anniversary), but it's worth searching out for any fan of hard, complex strategy and simulation games. It is now available on GOG.com for $5.99. Alternatively, you can buy Civilization IV and download Planetfall, a fan-made Civilization IV mod which takes Alpha Centauris setting (leaders, quotes, and technologies included, with entirely reworked graphics) and mixes it with Civilization IVs gameplay improvements.

If you came here looking for the actual star Alpha Centauri, and not the Sid Meier video game, look here.

Tropes used in Sid Meier's Alpha Centauri include:
Retrieved from "https://allthetropes.org/w/index.php?title=Sid_Meier%27s_Alpha_Centauri&oldid=1861514"
Categories:
Cookies help us deliver our services. By using our services, you agree to our use of cookies.