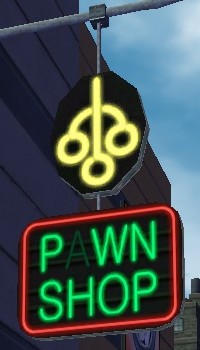 A seemingly regular sign (often neon) that, with letters broken or removed, portrays a different meaning. This can be caused by coincidence, or it can be intentional vandalism.

Often used to create or highlight an unintended innuendo.

Examples of Signs of Disrepair include:

Retrieved from "https://allthetropes.org/w/index.php?title=Signs_of_Disrepair&oldid=1934180"
Categories:
Cookies help us deliver our services. By using our services, you agree to our use of cookies.