Everything About Fiction You Never Wanted to Know.
Jump to navigation Jump to search
/wiki/Stephanie McMahoncreator 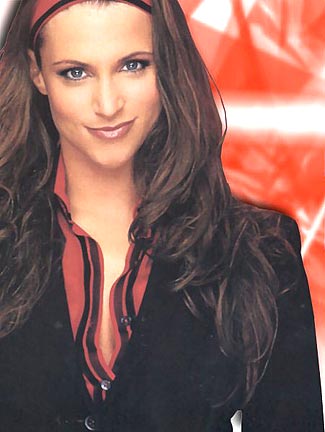 Stephanie Marie McMahon-Levesque is certified pro-wrestling royalty. The daughter of promoter Vince McMahon and granddaughter of WWF/WWE founder Vince McMahon Sr., Stephanie has worked in the wrestling business since she was a teenager answering phones at Titan Tower. She has worked both in front of and behind the cameras, as a wrestler, a Heel manager for her storyline-husband (and eventual Real Life husband) Triple H, a General Manager for the Smack Down brand, and her current role as Executive Vice President of Creative Development and Operations (i.e. head writer).

That Other Wiki has an article on her life and career here.

Stephanie McMahon provides examples of the following tropes:
Retrieved from "https://allthetropes.org/w/index.php?title=Stephanie_McMahon&oldid=1842594"
Categories:
Cookies help us deliver our services. By using our services, you agree to our use of cookies.