Everything About Fiction You Never Wanted to Know.
Jump to navigation Jump to search
/wiki/Steve Jackson Gamescreator 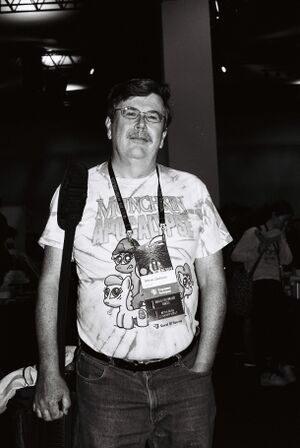 Steve Jackson Games (SJGames) is a game company, founded in 1980 by Steve Jackson, that creates and publishes role-playing, board, and card games, and the gaming magazine Pyramid. They are the makers of In Nomine, Toon, GURPS and Munchkin, amongst other games.