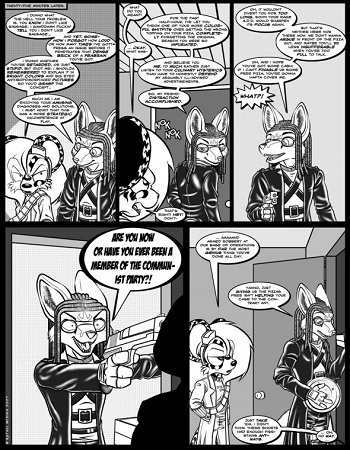 Suicide for Hire is a mature-rated Furry Comic by Rafael Medina about two teenagers, the extremely enthusiastic sex-obsessed fox Hunter Ravenwood, and the chain-smoking highly paranoid mouse Arcturus Winrock (who also has a homicidal split personality), who help other people kill themselves, often in a highly karmic way.

Tropes used in Suicide for Hire include:
Retrieved from "https://allthetropes.org/w/index.php?title=Suicide_for_Hire&oldid=1870666"
Categories:
Cookies help us deliver our services. By using our services, you agree to our use of cookies.