Everything About Fiction You Never Wanted to Know.
(Redirected from Super Mario Bros Z)
Jump to navigation Jump to search 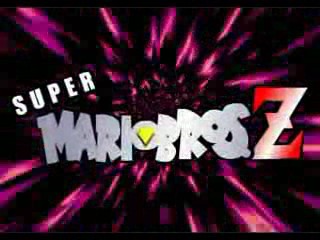 Super Mario Bros. Z is a flash animation series by Alvin-Earthworm. The series is a Crossover between the Mario and Sonic universes in a plot that bears great similarity to Dragonball Z, in which DBZ-style abilities are granted to each character -- their strength, speed, stamina, etc have all gotten a massive upgrade from what is seen in their respective games, shows, comics and other media. Their abilities relative to each other remain largely intact, though (Sonic still runs faster than anybody else, Mario is highly versatile, etc.).

Combining references to games both old and new, physical comedy (mostly at Luigi's expense), and some rather spectacular battle sequences, the series has gained quite a following.

Hosted on Newgrounds, eight episodes were made, with a 9th one left unfinished. There was a 45 episode saga (3 seasons of 15 episodes each) planned, but the series was discontinued in March 2012 after nearly two and a half years since the release of Episode 8.

The official site -- which houses a guide, timeline, and other sundry details along with the episodes proper — can be found here.

As of March 26, 2012, he's officially announced that he has discontinued the series. Whether someone else will take over production remains to be seen, though Alvin has claimed that he is not keen on that idea (since it would likely produce a Super Mario Bros GT). The only official footage of the now forever-lost episode 9 can be seen here.