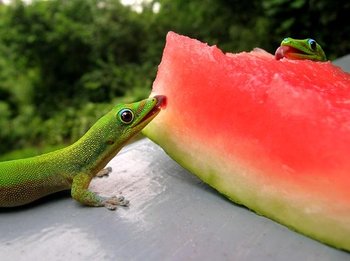 Chuck: I have so many questions. My mind wanders.
Ned: You need to feed it warm milk and a turkey sandwich, let it curl up in a sunny spot and take a nap.

Or: Moment of D'Awwwwwwsome. This page is for entire works that manage to be one big Heartwarming Moments. When you post a work, just remember to explain what in it made you go "Awwwwwwww" :)

If a work has one Heartwarming Moments but is otherwise not particularly heartwarming, post it to that page. Sometimes related to the other kind of sweet dreams.

Highly recommended to drop by this page if you've been over at Nightmare Fuel and plan on sleeping.

Edward Elric: There's no such thing as a painless lesson. They just don't exist. Sacrifices are necessary; you can't gain anything without losing something first. Although, if you can endure that pain, and walk away from it, you'll find that you have a heart strong enough to overcome any obstacle. Yeah. A heart made fullmetal.