Everything About Fiction You Never Wanted to Know.
Jump to navigation Jump to search
/wiki/Tara Strongcreator 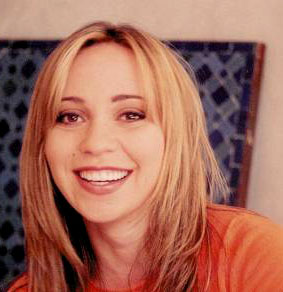 Tara Strong is a Canadian-American actress, voice-over artist, comedian, and singer, perhaps best known for voice acting in animated films, video games and television. She has an extremely versatile voice.

Born Tara Lyn Charendoff (and credited as "Tara Charendoff" until she married) in Toronto, Ontario, to American parents. Strong's acting career began when she volunteered to be a soloist in an upcoming school production at age four. Soon, she began acting in the Yiddish Theater; though she didn't speak the Yiddish language, she memorized her lines phonetically. During this time, she also performed at the Toronto Jewish Theater, where she acted in A Night of Stars, and was featured in an audiotape for "Lay Down Your Arms" with the Habonim Youth Choir, where she sang the lyrics in both English and Hebrew, a feat she repeated on February 10, 2005, at the Beverly Hilton Hotel during the March of the Living dinner in honor of Governor Arnold Schwarzenegger.

Strong is a Jewish vegetarian and has one older sister, Marla. She is frequent co-stars with fellow actress Cree Summer (who also did voice acting in kids' cartoons, particularly ones from the 1980s and 1990s); the two are childhood friends and grew up in Toronto together. She is also close friends with Butch Hartman, the creator of The Fairly OddParents, fellow voice actress and often co-worker Grey DeLisle, Drawn Together co-star Jess Harnell (another 1980s/1990s cartoon voice actor), and The Powerpuff Girls co-stars Cathy Cavadini and E.G. Daily.

If it's an American cartoon from the 1980s or 1990s (and some in the 2000s, particularly if it's a Nelvana, Cartoon Network or Nickelodeon show), she's probably in it somewhere.

Strong has made a few rare on-screen acting appearances over the years, most notably in National Lampoon's Senior Trip in which it was revealed that, aside from having a magical voice, she also possesses the Most Common Superpower...

She is currently married to American actor Craig Strong and they have two sons; Sammy James Strong (born February 2, 2002), and Aden Joshua Strong (born August 25, 2004). They currently reside in California with their dog, Baci. She and Craig are the founders of VoiceStarz, Inc., an Internet-based company which teaches people how to get into the voice-over business, of which Craig is the C.E.O.. Strong is a natural brunette, but dyes her hair blond.

Tara Strong's voice-acting credits include:
Tara Strong provides examples of the following tropes:
Retrieved from "https://allthetropes.org/w/index.php?title=Tara_Strong&oldid=1916248"
Categories:
Cookies help us deliver our services. By using our services, you agree to our use of cookies.