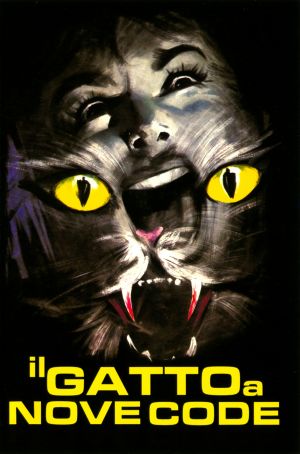 The Cat o' Nine Tails is a Giallo film by Dario Argento which was released in the year 1971. It is the second film in his "animal trilogy".

Blind former reporter Franco Arno and his niece Lori are walking home one night, when he overhears a conversation between two men in a car about blackmail. Later on a breaking-and-entering happens at a nearby biology research institute. He deduces that these two instances are connected, and joins up with reporter Carlo Giordani to investigate. As the two snoop around, string of murders occur, all connected to the research institute.

Tropes used in The Cat o' Nine Tails include:
Retrieved from "https://allthetropes.org/w/index.php?title=The_Cat_o%27_Nine_Tails&oldid=1528218"
Categories: