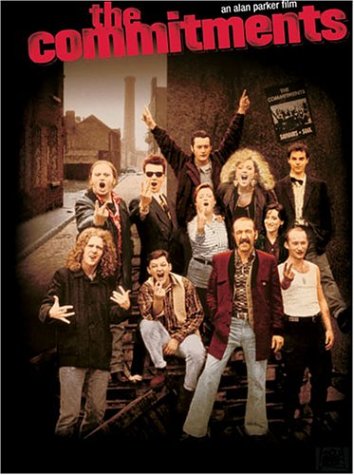 Have you got soul?

The Commitments is a 1991 film based on a Roddy Doyle book of the same title, the first in his Barrytown Trilogy, which tells of the adventures of the Rabitte family, working class residents of north-side Dublin. Set in Dublin in the late 1980s, it tells the story of Jimmy Rabitte, an unemployed music aficionado who despairs of the Irish music and decides to form his own soul band; the Commitments. Gathering together a motley band of amateur musicians and guided by the mysterious trumpeter Joey "The Lips" Fagan, they set out to bring Soul to Dublin. Hilarity Ensues.

Tropes used in The Commitments include:
Retrieved from "https://allthetropes.org/w/index.php?title=The_Commitments&oldid=1833330"
Categories:
Cookies help us deliver our services. By using our services, you agree to our use of cookies.