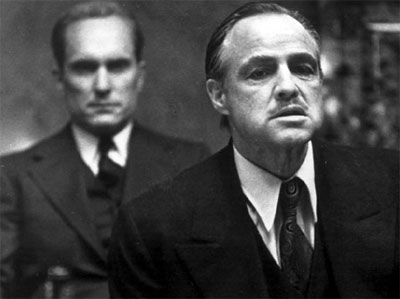 That's him - The Man Behind the Man!

Elanor's work at Dover was considerable. There was a continuous flow of messages to and from the Countess who was busy supporting her husband's revolt against the King. She dispatched assistance to him including a certain William the Engineer, who was evidently a specialist in siege weaponry. She procured military equipment for her husband's use, maintained relations with a substantial body of military followers and conducted negotiations with various third parties. Among the visitors who dined with Elanor of Dover, were leading citizens from the port towns of Sandwich and Winchelsea, whose support or assistance she was presumably trying to enlist, and she fostered relations with visiting ambassadors and merchants from overseas...
—Daily Life In Medieval Europe by Jeffery L Forgeng

A Number Two who is the Number One's voice of reason. Their advice is valuable to the boss because they're usually right, which puts them in a unique position to "Speak Truth to Power" when other staff might be scared to contradict the boss. This kind of job security is largely self-reinforcing - the boss won't fire him because he needs his uniquely honest advice, but he only has the freedom to be honest because he knows the boss won't fire him. Often the smartest guy in the room, or just a calming influence to a Hot-Blooded boss. There's a high likelihood of his being a retained lawyer.

Similar to The Obi-Wan, but usually the same age or younger than their Luke. Possibly, but not necessarily, the Only Sane Man. Might be The Puss in Boots if it turns out that he's actually the one in charge, or the Hypercompetent Sidekick if their boss would be useless without them. If he uses Obfuscating Stupidity to get away with Brutal Honesty, he's The Jester. Contrast with Evil Chancellor; compare and contrast The Good Chancellor.

Sometimes, he'd make a better ruler than the real one, but he doesn't want to be in charge for some reason. His boss may even recognise this, which could be a source of jealousy or mistrust.

This position isn't only reserved for men, mind you. It's not unusual for the wife of a powerful ruler or businessman to take on this role, particularly if she is a Proper Lady or Yamato Nadeshiko. This might overlap with the Lady Macbeth, if her husband is of the less-than-scrupulous character.

Named for the Mafia position made famous by Tom Hagen in The Godfather (so any self-respecting Don will keep one on staff as a matter of principle).

And in case you were wondering - con-sill-YEH-ree. Sort of. It's Italian for "counsellor."

Examples of The Consigliere include: