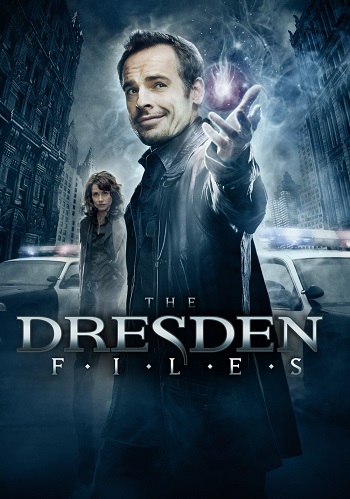 A TV adaption of The Dresden Files. It was aired on Syfy in 2007 and lasted twelve episodes. While it suffered from more than a little Adaptation Decay, Dresden creator Jim Butcher enjoyed it and acknowledges it as an Alternate Continuity to the "canon" novels.

Tropes used in The Dresden Files (TV series) include:
Retrieved from "https://allthetropes.org/w/index.php?title=The_Dresden_Files_(TV_series)&oldid=1668829"
Categories: