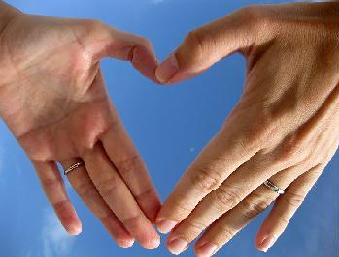 Love is arguably the most important value of all. Everyone needs to love and be loved in return. This trope applies when a character's main motivation is to love, be loved or both.

Because "love" can apply in many situations and circumstances, for a better study of this trope, the concept of love will be divided into four different types as proposed by C. S. Lewis:

Also referenced as a minor note are loves for non-human things. Love for an animal is redirected to Storge according to C. S. Lewis, but love for nature and love for country are most noted as love for non-human things. Likings and preferences (for food, activities, etc) are also discussed especially as you can admire an object (like a painting for instance) just as you can admire a person.

It is notable that the descriptions are rough categories of types of love and not exclusive to each other. That is, more than one can appear between the same people. For instance, if Alice meets Bob at a Sci Fi convention and they continue to get together to talk about sci-fi, then they have Phileo. If Alice and Bob in the process become each others' Love Interests, they will also have Eros, but if they still get together to talk about sci-fi they still have Phileo. If they get married, live happily ever after, grow old together and like each others company simply because they are there, that is Storge. And if they make Heroic Sacrifices for each other, that is Agape.

Related to Like Brother and Sister and I Just Want to Have Friends. Agape is also a Super-Trope of Heroic Sacrifice.

Examples of The Four Loves include:

And this is just to name a few.