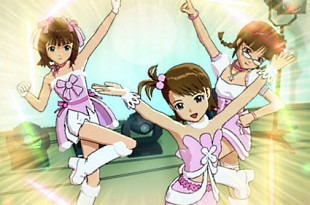 Imagine you can have control of an up-and-coming Idol Singer. You have to guide them to stardom by deciding what outfits they wear and what songs they sing, and by catering to their... other needs.

If that sounds like something you'll love, then THE iDOLM@STER is the game for you. It's a simulation game where you play as a producer for the "765 (pronounced "na-mu-ko") Production" studio, and you have nine (technically ten in the arcade version, technically eleven in the Xbox version) girls to choose as the company's next big singer.

Incorporating rhythm game elements, Dating Sim elements, competitive battling elements and fanservice and Moe, this game from Namco was a big hit in the arcades of Japan. It was even a hit on the Xbox 360, selling for months after going on sale and moving loads of downloadable content. This was enough to get a sequel, Live For You--the same game with new songs, new outfits, and the "management" aspect removed--which is also selling well. A DS version was released in October 2009. Another sequel came out called Idolmaster 2, featuring updated graphics, new outfits, new hairstyles for some of the girls, and brand new songs. Sadly, these are all in Japan.

An anime, Idolmaster: Xenoglossia- from the makers of Mai-Otome- was released in 2007. Rather than being a straight Anime Of The Game, it was instead an Elseworld Real Robot show that cast the main characters as pilots (or "Masters") of Giant Robots called IDOLs (making them IDOL-Masters).

An Anime Of The Game OAV which was more closer to the games was released with the Live For You game.

And there's a very faithful anime TV series that aired in Japan during the Summer and Fall Seasons of 2011. Let's just say fans were very "excited".

It also has a character sheet, a dedicated fansite called Project-iMAS which includes a wiki too. Click here for the wiki!

And dont forget its IDOLF@BULOUS!

Tropes used in The Idolmaster (video game) include:

AMI: I'm a little sister character! So my popularity with lo*wakawaka* is guaranteed!

RITSUKO: Eh? You want me to be an idol? I guess... if I could just be your very own idol, then... Wait, why do I have to say such embarassing lines?! 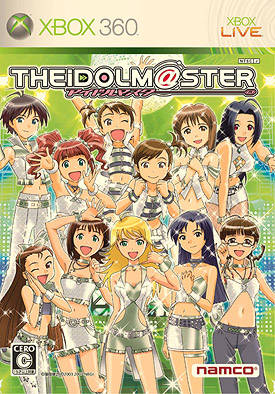 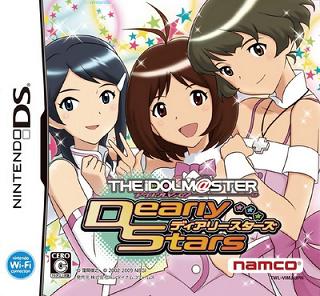 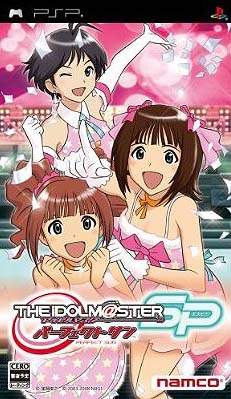