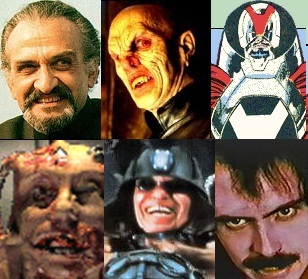 Beware of any character whose name is simply "The Master." They're often in charge of things (duh) but most often these things include a reclusive mansion in the middle of nowhere, or a castle, or a laboratory, or all three! If they don't rule in the periphery of civilization like an old-school noble, they may rule right under our noses in civilized society. Whatever they're up to, expect them to have a big mustache, a great dining hall, and any number of Evil Plans.

Note that characters who have a name to go with "Master" are exempted from this—for example, Master So-and-So who teaches martial arts. Often a student will simply refer to their teacher as "Master," but that's also an exemption.

See also Names to Run Away From Really Fast, Spell My Name with a "The", Just the First Citizen.

The reason for this trope may have to do with Bondage Is Bad.

Not to be confused with the film by Paul Thomas Anderson of the same name.

Examples of The Master (trope) include: