The Mists of Avalon 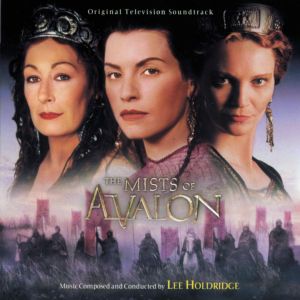 Holy shit, that was my brother?

Published in 1983 (and taking place in the same universe as Bradley's two previous novellas, Web of Light and Web of Darkness, nowadays often jointly published as The Fall of Atlantis), The Mists of Avalon is a novel by Marion Zimmer Bradley. It is notable among the many, many variants in Arthurian legend due to its approach--the story is told not only through the eyes of a woman, but through the eyes of one of the biggest villains in the legends. The narrator for much of the book is Morgaine (Morgan le Fay or Morgan of the Fairies), who tells Arthur's tale (and her own) against the backdrop of approaching war with Rome and the Saxons, as well as religious war as Christianity threatens to destroy Avalon and Goddess worship in Britain. However, a substantial number of chapters are told from the points of view of other women, such as Igraine (the mother of Morgaine and Arthur), Viviane (the high priestess of Avalon, Igraine's sister, and Morgaine and Arthur's aunt), Morgause (the younger sister of Viviane and Igraine, aunt of Morgaine and Arthur, and adoptive mother of Mordred), and Gwenhywfar (a.k.a. Guinevere).

Bradley was critically lauded for taking the Arthurian saga and making the characters three-dimensional. Up to this point, women were the biggest evils in the many variants - Morgan le Fay was an evil enchantress, as was Nimue, and Guinevere generally shouldered most of the blame for her extramarital tryst with Lancelot. This book attempts to rescue or make the women real, and not just one-note evil characters. In fact, none of the women mentioned in this paragraph have any wish to do harm to Camelot or Arthur.

Six books (as of 2018) came after this, all of them prequels. While working on the edits to The Forest House (1993) (also known as The Forests of Avalon), which was the first prequel, Bradley suffered the first in a series of debilitating strokes that destroyed her ability to focus for any length of time. The book was completed by her sister-in-law, Diana L. Paxson. They also collaborated on Lady of Avalon (1997); however, Paxson states that while she consulted with Bradley on the plot of Priestess Of Avalon (2000), Bradley was far too ill with congestive heart failure to contribute any writing to the work. Bradley died on September 25, 1999, four days after having a heart attack. Since Bradley's death, Paxson has written three more books in the Avalon series: Ancestors of Avalon (2004), Ravens of Avalon (2007), and Sword of Avalon (2009).

This was made into a miniseries in 2001, starring Julianna Margulies (ER) as Morgaine, Anjelica Huston (The Addams Family) as Viviane, and Joan Allen (Pleasantville) as Morgause.

Tropes used in The Mists of Avalon include: