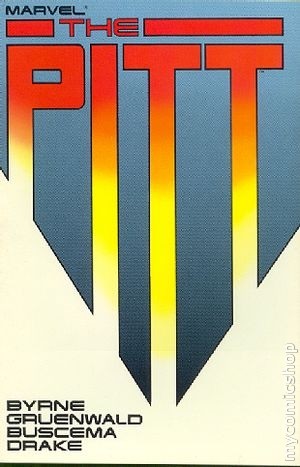 The Pitt is a 1988 one-shot comic published by Marvel Comics under the New Universe imprint. Published in March, 1988, though set in December, 1987. It describes the total destruction of Pittsburgh, Pennsylvania due to the careless actions of the wielder of the Star Brand, and the immediate 12-hour aftermath. The story set about numerous changes and set off a chain of events that would last until the line's cancellation.

Tropes used in The Pitt include:
Retrieved from "https://allthetropes.org/w/index.php?title=The_Pitt&oldid=1773701"
Categories: