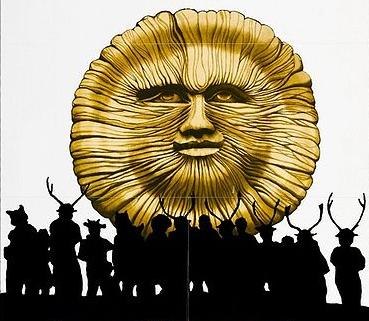 Two films. There are tropes for both on this page. Robin Hardy's original film was made in 1973 with Christopher Lee as Lord Summerisle. It's a sort of suspense/horror/folk musical. Neil LaBute remade it in 2006 with Nicolas Cage.

To sum it up it in the nicest terms possible: The original is generally considered to be an influential Cult Classic within the horror film genre, and the remake is mostly viewed as inferior, and is probably better remembered for its moments of unintentional funniness than for being scary.